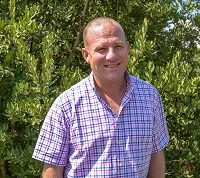 The son of a tea planter, Richard was born in Kericho in western Kenya. He studied Zoology at Newcastle University and thereafter worked as the operations manager for a safari company in Uganda and western Zaire. In 1994, Richard returned to the UK to complete a Masters degree in “Management for Agricultural Development” prior to taking up his current position as Managing Director of Ol Pejeta Conservancy. 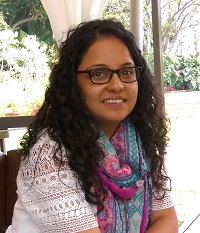 Hetal joined Ol Pejeta Conservancy as the Global Head of Fundraising and Communications in July 2019. She previously worked for ActionAid International and AGRA in senior leadership positions. Hetal brings a wealth of experience in fundraising, grant & risk management, compliance and systems. She holds a BSc in Banking and International Finance from City University in London. Kenyan born, having lived and worked on 3 continents she is now based in the UK. She is extremely passionate and dedicated towards making impactful contributions towards wildlife and habitat conservation, climate change and community development. In her free time, she loves to work with children, paint and enjoys travelling.

Samuel Mutisya has over 10 years work experience in Laikipia landscape specialising wildlife conservation. He has a wealth of experience in habitat and wildlife monitoring and management with particular emphasis on rhino and elephant; He has worked in various capacities in Ol Pejeta Conservancy as a biologist as well as an administrator. He holds a BSc. in environmental science, Endangered Species Management from Durrell Conservation Academy in Jersey, and an MSc. in Conservation Biology from the University of Kent, UK.

Peter joined Ol Pejeta Conservancy in 2005 as a Logistics Department Administrator. He was promoted to the position of Deputy Manager – Logistic Administration in 2013 and in 2015, he took over as the Head of the Logistic Department. He holds a Degree in Agricultural Engineering from Egerton University and a Diploma in Information Technology. He is currently pursuing Maters degree program in Business Administration (Project Management option) at Kenyatta University. Prior to Joining Ol Pejeta, he was working in Homegrown (K) Ltd as a workshop Administrator. 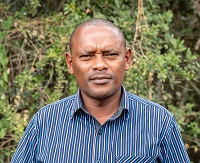 Prior to joining Ol Pejeta Conservancy as Community Education Deputy Manager at the start of 2014, Moses was Country Coordinator at Education Beyond Borders (Canada), working to advance ‘best learning approaches’ in Kenyan schools and communities. He has a career spanning 15 years, starting as a journalist before teaching in schools in Kenya and Tanzania. He has a degree in education from University of Nairobi. He was appointed to the position of Community Development Manager in October 2014.

Richard was born in Zimbabwe and brought up on coffee and dairy farm he later moved with his family back to their home country Kenya in 2000. After studying abroad in Ireland he later went on to farm in Cambridshire in the UK for four years before returning to Kenya to take up his role as understudy to the Agriculture manager Giles Prette John. He was promoted to head of livestock in May 2015.

Schola joined Ol Pejeta Conservancy in 2011 as the Human Resource Deputy Manager. In 2014, she took over as the Head of the Human Capital Department. She holds a Degree in Business Administration (HR Option)
from Kenya Methodist University and a Diploma in Human Resources from the Kenya Institute of Management.  Prior to Joining Ol Pejeta, she held the position of Personnel Officer in Express Kenya Ltd. She has over seven years’ experience in human resource management.